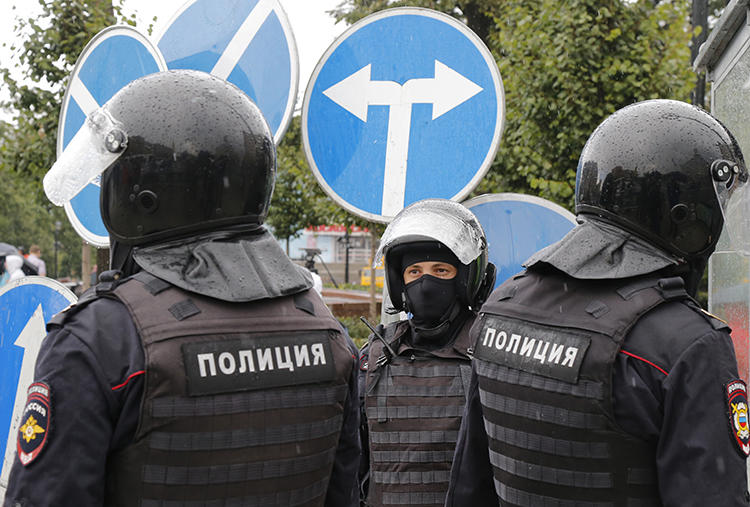 Yesterday, police in Saratov, in southwestern Russia, interrogated Nikishin, who hosts a talk show at the independent news website Svobondyye Novosti, for two and a half hours after raiding his apartment and confiscating cellphones, a hard drive, and a credit card, according the journalist and Svobondyye Novosti editor-in-chief Mariya Aleksashina, who both spoke to CPJ over the phone, and news reports.

Police interrogated Nikishin about his reporting on political opposition groups and Russian political activist Aleksei Navalny, whom Nikishin interviewed in 2017, the journalist told CPJ. He said that the police did not file any charges against him, and said they have not returned the items they confiscated.

“Russian authorities should stop harassing journalist Aleksandr Nikishin simply for interviewing a Kremlin critic and reporting on his activities. That is what journalists do: report on issues of public interest and importance,” said Gulnoza Said, CPJ’s Europe and Central Asia program coordinator, in New York. “Saratov police should return Nikishin’s equipment and let him continue working safely and freely.”

Police spent five hours in Nikishin’s apartment and then interrogated him at the local office of the Investigative Committee, Aleksashina told CPJ. Nikishin told CPJ he was released from police custody after signing a non-disclosure agreement about the nature and content of the questions.

Nikishin said his case was supervised by the the central office of the Investigative Commitee in Moscow. The officer on duty at that office told CPJ via phone that he could not comment on the case, saying an investigation was underway.

Valeriya Pavelko, who heads Svobondyye Novosti's video department, which often features Nikishin’s program, told CPJ via phone that the news outlet had no affiliation with any political party and was “absolutely independent."